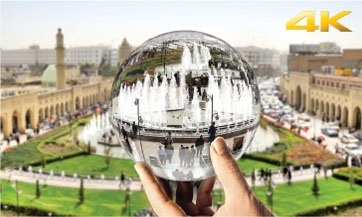 Sony Brings Us Closer to the Future of Video Surveillance!

About 2 years ago  we discussed the future of video surveillance, where Martin Gren – the co-founder of the Swedish IP Camera manufacturer Axis Communications – offered an interesting list of trends that showed where the technology of video surveillance was headed, including the strides of progress that will be made for image quality and HD resolution. And now, Sony announced its first 4K Security Surveillance Camera.

The first of its kind is called the SNC-VM772R (catchy name). Available in the third quarter of 2015, the new line of 4K cameras combine the enhanced resolution of 4K with “low-light sensitivity leveraging 1.0 type back illuminated Exmor R CMOS image sensor”. The amount of detail that 4K provides (3840 x 2160 pixels) allows security professionals to expand their wide area surveillance while still being capable of capturing, magnifying, and examining even something as tiny as a license plate all with just one camera. A higher resolution means more details of an object can be captured and at a much farther distance with more accuracy. 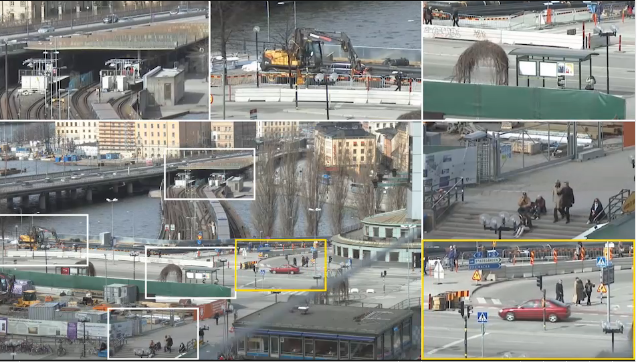 Now, this isn’t exactly the type of IP camera you would want for your home or small business, as it was made for city surveillance, traffic monitoring, and airport surveillance. Having 4K for your home would be overkill, but an IP camera such as the Foscam 9821 would be more suitable for that type of space.

Something that stands out about this piece of tech is its ability to split video feed to 6 different video streams, with 6 different resolutions. That’s an innovative way to take advantage of its high resolution. 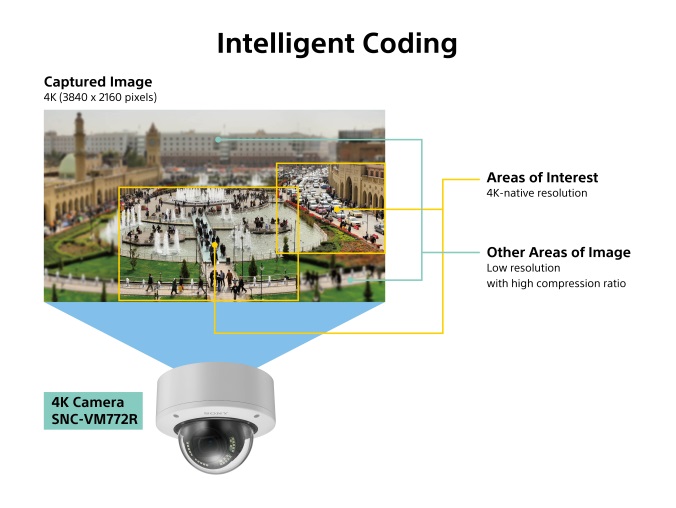 As of this writing Sony has yet to announce the camera’s price, but I’m going to take an educated guess and say that it won’t be affordable for your everyday Joe. Another factor that makes this camera non-consumer friendly is how its high resolution actually works against it. You’d need a ridiculous amount of bandwidth to be able to transmit that amount of data in real time. The average file size of a 4K movie is 100+ gigabytes. That’s 100 gigabytes for only 2 hours of video footage!

Then again Sony’s 4K camera does come with bandwidth optimization, which allows it to stream different viewpoints at different resolutions. Whether or not it would support the typical bandwidth at many small businesses remains to be seen. 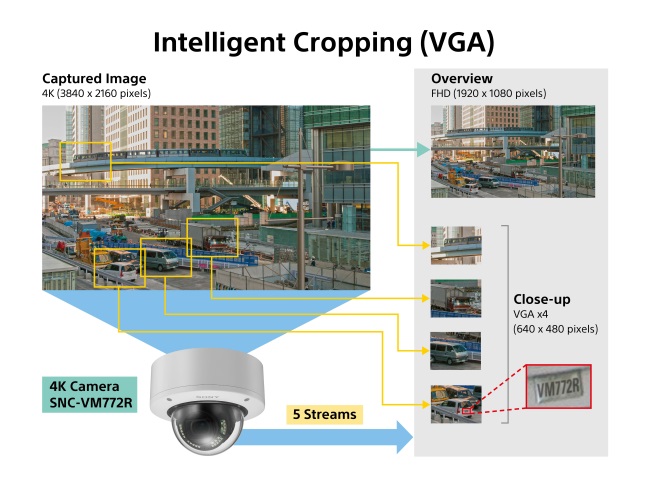 As HD security cameras become more affordable, new technology developments surrounding image quality is becoming a battleground for manufacturers as they compete to provide unique selling points, such as cloud storage. Sony has been using its 4K technology on many of its latest products including 4K HDTVs and 4K Handycams. Right now, this might be what it takes to one-up your competitors, and Sony are hitting it right on the mark.

Although it would be a cool device to have and experiment with, the Sony 4K SNC-VM772R won’t likely be a feasible video surveillance solution for the average consumer and small business owner, especially for video streaming. Right now, the typical cloud video streaming resolution is at 720p. 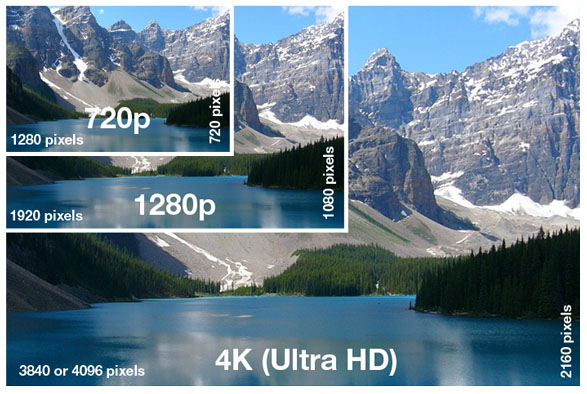 As of this writing, Camcloud currently supports up to 960p of video streaming depending on your camera’s resolution. Offering affordable, cost-effective video monitoring surveillance is what we do. Try out our free plan, it only takes 2 minutes to set up!